Meeting Direwolves on a Game of Thrones tour in Northern Ireland

Being very patriotic in Paris at the IIHF World Championship

Walking the Great Wall of China 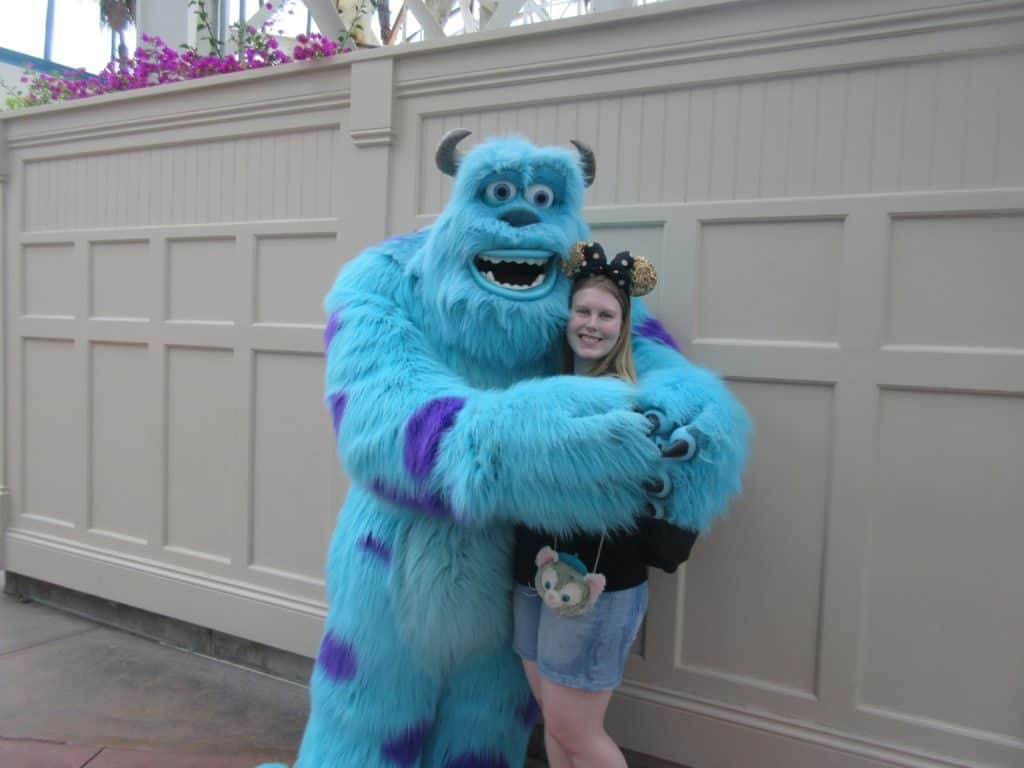 I should mention that I also love Disney

Having a pint in Munich, Germany

One last Disney picture before you leave

Hi! I’m Erica. A Canadian gal who loves to travel (and my cat). I’ve travelled to over 35 countries so far and have no plans to stop collecting memories anytime soon. I hope this blog inspires you to explore the world and helps you plan the perfect trip.

My first trip outside North America was in 2014 when my childhood best friend invited me to join her on a three-week Eurotrip. Before the three weeks were up, I knew that I needed to travel more and was planning a multi-month trip for after I graduated.

In December of 2014, I graduated university and was back in Europe to begin my three-month backpacking trip in February. I toured the Balkins and Eastern Europe and fell in love with the history and architecture of the region. Unfortunately, the three months flew by, and I was back behind a desk working 8-4.

Upon returning to Canada after my backpacking trip, I signed a one-year contract at the company I worked at while going to school.  However, this meant I had limited time off between May of 2015 and May of 2016.  But that didn’t stop me from travelling. My childhood friend and I went Europe and North Africa, I and spent a couple of weeks in the United States exploring a couple cities I hadn’t been to yet.

When May of 2016 rolled around, I didn’t renew my contract and went to Ecuador for two weeks before starting a new job. Upon returning from Ecuador, I worked for 8 months straight with only one long weekend to save money for my next big adventure in 2017.

Back on the Road

It was time to hit the road again in March of 2017. This time I was gone for four months.  My first stop was Ireland to be with my childhood best friend on her birthday.  After that, I flew to Finland as a starting point to explore the Balkans. After two and a half months in the Balkans and Central Europe, I flew to Paris to meet up with my dad.

Travels with my Father (sans Jack and Michael Whitehall)

Travelling with my dad was one of the highlights of my trip.  We spent two weeks in Paris watching the IIHF World Championships (it’s an elite hockey tournament where top players from all the leagues in North America and Europe compete to crown a champion each spring. It’s nerdy, but, hey, I did tell you I was Canadian).

After Paris, we went to Belgium for two days to explore a place neither of us had ever been before.  Then it was straight to Cologne to watch the semi-finals and finals of the IIHF World Championship. That Sunday was a truly sad day because Canada lost to Sweden in a shootout in the gold medal game (I’ll spare you my rant on deciding important sporting events with a shootout), and I had to say goodbye to my dad because he was going back to Canada, and I was flying east to make a life-long dream come true.

After nearly 24 hours of travel time, I landed in China. I was exhausted but ecstatic to fulfill a dream I had had since I was 11 years old as well as cross the number one item off my bucket list.

China was more than I had ever imagined it to be.  Of course, there were challenges as well.  But China made me a much better traveller than I was before I visited.

Travel Friends are the Best Friends

Next I was off to Seoul to visit a friend I had met in Romania in 2015. She showed me around her beautiful city, and I fell in love with it. Similar to all my travels, my time in Seoul flew by way too quickly.  Before I knew it, a week had passed, and I was reluctantly leaving.  However, I vowed to return soon.

From Seoul I flew back to Canada and was at home for a week before flying across the country to Ottawa to celebrate Canada’s 150th birthday and see some family I hadn’t seen in years.

Once home from Ottawa, I contacted my previous employer.  Luckily, they were kind enough to give me my old job back. But that didn’t last long. Less than six months later I was back in Asia. This time I went to Hong Kong, Shanghai, and Tokyo.

This brings us to January of 2018 when I started grad school (and returned to the same company that is always kind enough to put up with my wandering ways). For school, I chose a blended program (part online and part on campus) to give me some flexibility, but it has still hindered my ability to travel this past year. While I had to plan my trips around school breaks, I was stillI able to get some good flight deals, so I was able to visit Europe 4 times, the United States 3 times, and Asia once (remember when I said I knew I would be back to Korea soon?).

What Does the Future Hold?

I don’t know what will come in 2019 because I will be busy writing my thesis; however, I have no doubt that it will be filled with new adventures, experiences, and challenges.

I sincerely hope this blog inspires you to travel and helps you plan your trips. Travelling fills me with such joy, and I hope everybody gets to experience how enriching it is.